Here in Michigan, we had a beautiful 75 degree day.  I had the opportunity to get out and fire up the lawnmower.  While mowing the lawn, I began thinking about what any normal guy would while doing yard work. “Man, the kids today are so lucky with this action RPG stuff, they didn’t have to suffer like we did.”  My memories immediately centered on FFIV, one of my favorites of all time.  After only seven brief steps in a dungeon or on the world map triggered the transition to the battle screen.  Making progress became darn near impossible when the game forced you to stop and do combat with a couple of worthless goblins every 30 seconds.  My next thought while starting on the backyard was, “How did I finish this game??”

It was only when I really did some serious thinking that I came to appreciate what the random battle system did for me as a gamer.  I settled on four main reasons why these random battles sharpened my gamer skills.  First, the fights taught me a great deal of patience with gaming, RPG or no.  I knew that every time I sat down in front of that TV I would be expecting the worst.  I had to mentally prepare myself for whatever area I was entering.  I also learned through trial and error which dungeons could expedite the leveling process due to higher encounter rates.  Case in point, the final dungeon in FFIV.  Second, the random battle system truly made RPGs more complex in how you proceed.  If you took your party into a difficult dungeon, it became very necessary to plot out where the save points were.  Wander too far from a safety area and you could really put the party in a tough situation.  Today’s RPG (for the most part) allows you to see the enemies on the screen and duck them all to reach the boss.  For me, that’s not a realistic measurement of a vicious RPG world.  Once you get past these enemies, they stop pursuing.  Third, the random battles allowed you to see the majority of enemies in the game and learn how to defeat them.  I have completed many of today’s RPGs and watched a walk through after completion, scratching my head at some of the monsters that I missed.  Sure, during the turn-based era the different monsters were just palette swaps, but they still had cool new names! 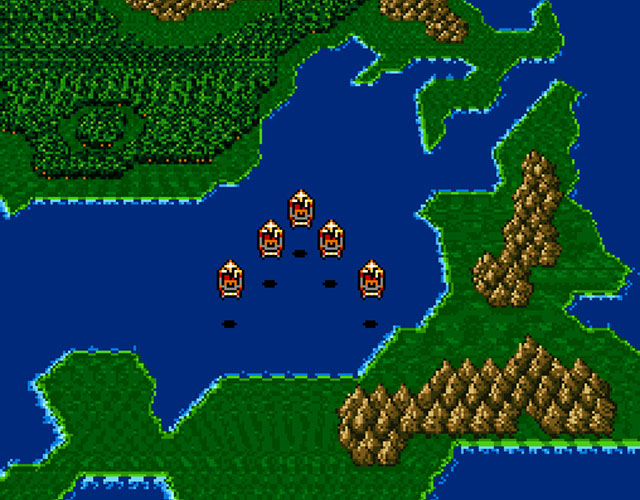 Finally, even though you have the option to pick and choose your fights today, ultimately the amount of battles remains the same.  When you find your way to a boss after dodging the entire base of monsters, you will likely be destroyed.  After that happens, you’ll spend the next two hours leveling up to match.  In other words, instead of the spread out time of random battles, the time is condensed.  It’s all equal.

If this article finds you as a gamer that hasn’t experienced a random battle system, I beg you to test it.  For my generation, playing RPGs required a patience and commitment that many games today do not.  Underneath the surface, there is a complete and total satisfaction from clearing an area after suffering through it.  You’ll scream at your TV after taking five steps and being stopped in your tracks.  You’ll throw your controller on the ground when the screen fades to a battle right in front of a save point.  You’ll cry yourself to sleep when you remember it took you five hours to complete an area only requiring 30 minutes.  But trust me, the experience is worth it, if only to realize how fortunate we are today.