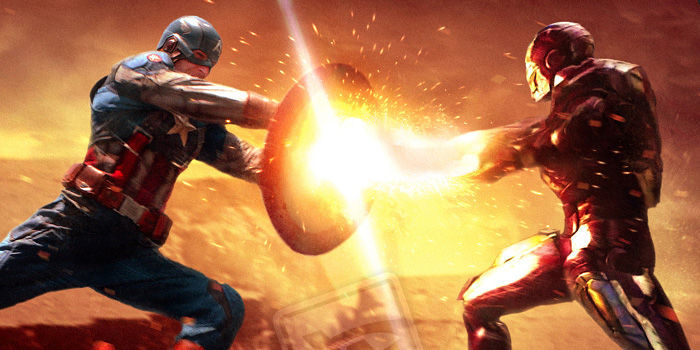 Hollywood in Leipzig.. Last night, the Marvel Filmcrew celebrated the end of the shooting in germany for the new “…

Chris Evans (Captain America), Anthony Mackie (Falcon), Sebastian Stan (The Winter Soldier), and Chadwick Boseman (Black Panther) were in attendance, and there’s photographic evidence to commemorate the occasion. Though Scarlett Johansson (Black Widow) is not shown in the snapshots from the evening, the actors gave their autographs to the bar in thanks and hers can be seen among them.

Marvel co-president Louis D’Esposito also took to Twitter in order to confirm that the film had finished filming, saying:

#CaptainAmericaCivilWar wrapped principle photography today. Congratulations to the Russo brothers and the entire cast and crew.

Captain America: Civil War picks up where Avengers: Age of Ultron left off, with Steve Rogers leading a new team of Avengers. The upcoming Captain America sequel adapts the comic book storyline in which politicians pressure for government control over superheroes after a tragic event, causing a rift between members of the Avengers.

There have also been several reports as to Mark Ruffalo appearing on set, although these reports have yet to be officially confirmed. Other reports have also suggested how Team Captain American and Team Iron Man will be split in the film. If both reports turn out to be true, it’s unsure as to what kind of role The Hulk/Bruce Banner will have in the film, as reports have not suggested which team that Banner will join, if he joins either.