The game covers the next issue of Game Informer magazine, as seen below: 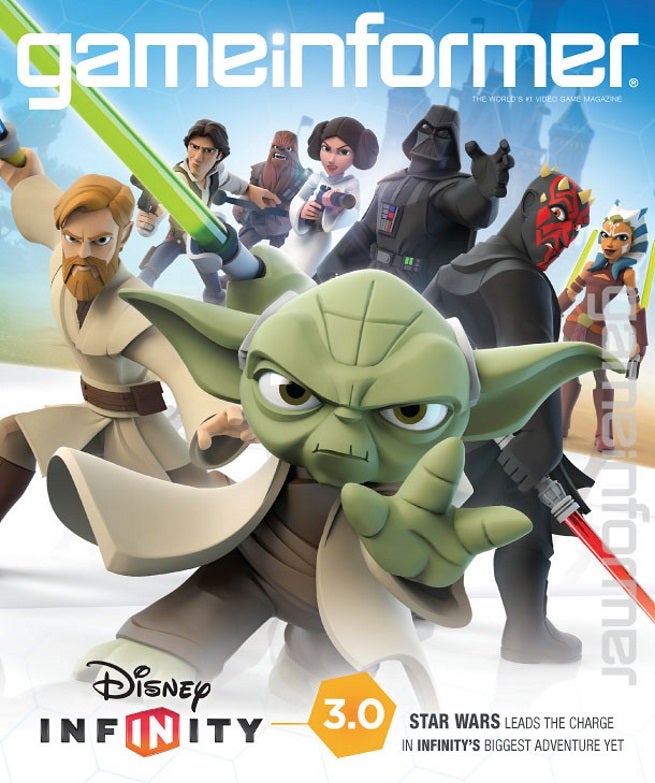 A behind-the-scenes trailer was also released, revealing what’s going into the production of the new game. If you look closely you can also see some new Disney and Marvel figures, including a Hulkbuster Iron Man.

Ninja Theory’s “Twilight of the Republic” will follow Anakin Skywalker and Ahsoka Tano as they investigate who is behind a newly built droid army. The story is set after Attack of the Clones, and features a lot of melee combat. Obi-Wan Kenobi, Yoda, and Darth Maul can be added to the adventure via separately sold figures.

Studio Gobo’s “Rise Against the Empire” allows players to play though classic moments from the original Star Wars Trilogy, including the Battle of Yavin, and spend some time on Hoth and Tatooine. The story primarily features Luke and Leia going up against Darth Vader, but Chewbacca, Han Solo, and a playable Darth Vader can be added through figures sold separately.

A third playset, based on Star Wars: The Force Awakens, is planned for release this winter.

What do you think? Excited? Share with us in the comments!