Back when Harry Potter was the big thing in young adult literature, there was a big flood of new books about magical, hidden worlds. But with the conclusion of the adventures of the ‘Boy Who Lived’, the young adult genre needed a new direction to go in. The Hunger Games soon stepped in to lead the way with its post-apocalyptic setting and teen-centered death matches. Soon imitators were following the leader; before long, you couldn’t move for teens fighting to survive worlds ruined by uncaring adults. Which brings us neatly onto the Divergent series.

The Divergent series is about a dystopian Chicago, whose society has been split into five social factions, each based on a particular personality trait. So basically, Hunger Games with a dash of Harry Potter. Protagonist ‘Tris’ discovers that she qualifies for multiple factions, which makes her a Divergent. Because, apparently, having more than one main personality trait is unusual in this setting. 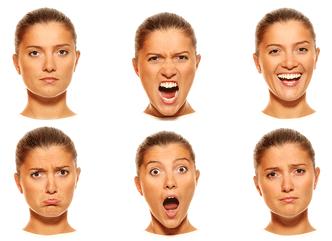 The books comprise a trilogy, two of which have already been made into movies. The third movie, Allegiant, has just had a full trailer released;

The trailer makes no secrets about the apparent big twist in the series; that Chicago is not, in fact, the last holdout of humanity. It is actually a massive experiment organised by a decimated, but still active, US government. While it’s true that a trailer has to get people’s interest, it’s not a great plan to give away the big twist in it either. On the other hand, most of the people going to see this movie will probably have already read the book.

Allegiant is also part one of the two film adaptions of the final book. Yes, Divergent is getting in on that recent trend of splitting the final installment into two films.