As you’ve probably noticed, there have been a lot of superhero movies made in recent years. There have been good ones and bad ones as the genre has evolved. Actors have come and gone as the superhero genre has undergone more changes than any other. But through it all, there has been one constant; Hugh Jackman. 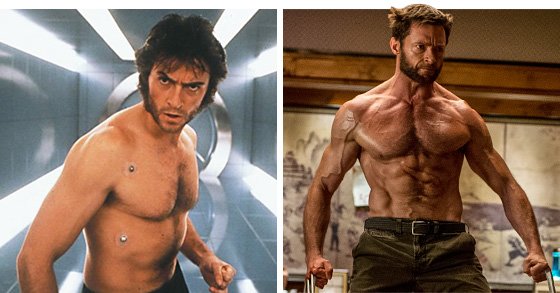 Rumor has it that Jackman’s muscles become better defined in direct proportion to how much money the superhero genre is making.

Hugh Jackman has been there since almost the very beginning. For almost as long as ‘superhero movies’ meant more than just Superman or Batman movies, we’ve had our Australian Wolverine.

But soon the genre will have to learn to make do without its Australian north star. With Hugh Jackman having confirmed that he will be leaving the role that he could probably do in his sleep at this point, our attention turns to his final outing.

Empire reports that Jackman has stated that the script is still being written, but that Patrick Stewart’s version of Professor Xavier will feature;

It’s doubtful anyone will be complaining about having Patrick Stewart involved, so that’s something to look forward to. Something else to take heart in is that Hugh Jackman clearly wants to end his run as Canada’s most famous superhero on a high note;

‘I’m sounding a little cagey because this is the last time I’m playing him, and I have just made the commitment to myself, really, and told everyone that until that script is perfect, until it is that perfect way to sign out, I’m not gonna start shooting.’

It’s reassuring that Jackman is committed to going out with a bang instead of a repeat of the train wrecks that were Last Stand and Wolverine Origins.