Christopher Lloyd, best known as Back to the Future’s Doc Brown, has joined the cast of the upcoming King’s Quest reboot. 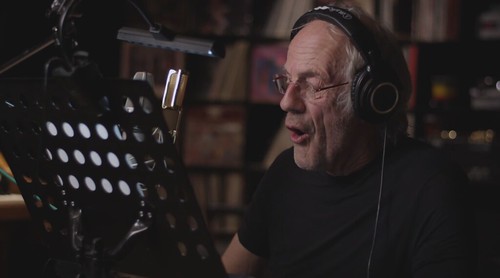 Lloyd will play Old King Graham, the game’s protagonist and narrator, who reflects on his adventures as a younger man.

As we covered before in our King’s Quest preview, the game has a strong The Princess Bride vibe to it, so getting Wallace Shawn involved seems fitting. And while Lloyd wasn’t in The Princess Bride, it really feels like he should have been. He certainly hearkens back to the golden era of family-friendly adventure films.

Hear the actors at work in the latest voice cast announcement trailer below.

Founder and Editor-in-Chief of The Nerd Stash. An avid gamer since I could walk and can be found in Ashland, KY, where he hopes to find inspiration and uniqueness in life by meeting awesome people, development friendships with companies, and become more nerdy.

The Shattering Coming To PC On April 21st