Most of the people in my age bracket remember Married With Children fondly. Starting in 1987, the show centered around the Bundy family. Al, the woman-loving shoe salesman who often referenced his days as a high school star athlete. Peggy, the wife who enjoyed bon-bons and watching TV far too often. Bud, the classic American teenager who only cares about finding women. And Kelly, the attractive daughter who partied just a bit too much. Married With Children bucked the trend of PG TV, displaying crass and vulgar humor. The show survived until 1997, spanning 11 seasons.

David Faustino, the actor who played Bud Bundy, has recently spoken to the media about a possible spin-off:

““Sony has it. They’re excited about it,” Faustino told E! at the premiere of former TV sister Christina Applegate’s new comedy Vacation. “They’re working out some legal issues that we hope they work out.” No network is attached to the potential show at this time.” 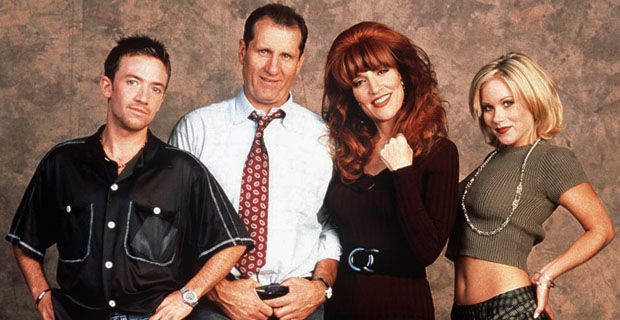 “”The whole cast, including Christina, is down to do little bits in it,” Faustino said. “The idea would be a pilot for a spin-off. That’s all I can say right now. It involves me and few other people.””

I for one would be mildly excited about a potential spin-off. Taking a formula that broke through barriers in the 80s and 90s and trying to apply it again in 2015 is very risky. I feel the same way I do about spin-offs as I do about many movie reboots: it’s just not always necessary. David Faustino post-Married With Children has not been able to find himself in any major roles. I hope that this show can help Faustino rejuvenate himself because his antics on MWC were hilarious.

And for those younger readers who do not know what Married With Children is all about, watch the clip below. It will change your life.

(Thanks to Entertainment Weekly for the quotes)