Posted By: Andy Wonnacotton: September 28, 2015In: No Comments NASA’s big announcement regarding Mars was made early Monday morning. The verdict? Water. Those of us who were hoping to hear about little green aliens found the big reveal a little underwhelming. Water has been evidenced on the planet in past expeditions. Mars contains many dried up rivers and lakes, and NASA speculates that Mars may have been covered with a gigantic ocean on the northern hemisphere.

Liquid water runs through canyons and craters during the summer months and will eventually dry up later on down the year as the temperature falls. I bet you are asking yourself, “how does water survive on a planet with such low pressure and no atmopshere?” Well, I’m glad you asked. With the pressure being so low the boiling point of water is only a few degrees Celsius, ultimately preventing any water from maintaining its liquid form. However, because the water on Mars is laced with salts known as perchlorates, the boiling point rises greatly. 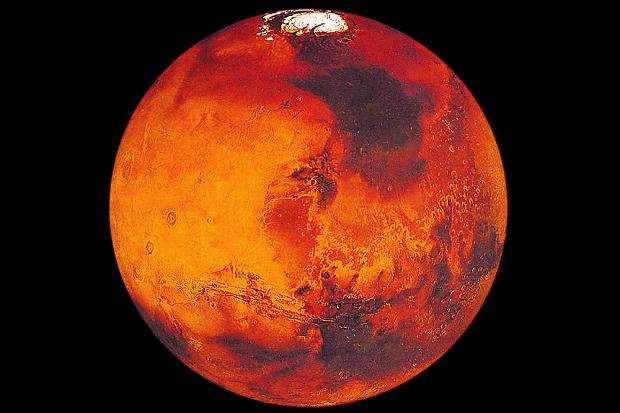 Lujendra Ojha, a Ph.D candidate from Georgia Tech led the scientific expedition regarding the water on Mars. She released the following statement regarding the discovery:

“”We’re going to places where we thought we were seeing the presence of water and finding chemical evidence of perchlorates,” Ojha said. And the correlation goes further than that: The hydrated salts seem to disappear in areas where RSL weren’t forming anymore, or were shrinking.

“We’re observing the leftover molecules of water in the salt,” Ojha said. “We’re finding evidence that they’re getting hydrated.””

If water somehow managed to stay below the boiling point in certain areas of the planet, microbes may potentially form. While there may never be a giant 6-legged squid roaming Mars, this is a start. But, this should remind everyone how perfect everything needs to be in order for a planet to sustain life. Mars may hold liquid water, but it can only be gathered in certain times and conditions and would not be suitable to drink without purification processes. Those of you are who hoping to buy some real estate on the planet may have been two billion years too late.