Prison Break Revival Might Be Thanks To The Flash Younger readers probably think of Captain Cold when someone mentions Wentworth Miller. Yet, jump back eight years and he was best known for playing Michael Scofield on Prison Break.

Prison Break is a show about Michael deliberately getting himself sent to the same prison as his brother Lincoln. Lincoln (Dominic Purcell) has been framed for killing the Vice-President’s brother, hence, it’s up to Michael to save him.

While hugely popular, the show ended in 2009 and that seemed the end of that. It wasn’t until the two fictional brothers met again on the set of The Flash that things happened;

“That is where Dom and I had our reunion,” Miller told reporters at a Television Critics Association 2017 winter press tour panel about the show’s unlikely revival.

“We hadn’t seen each other for about five years and suddenly we’re back on set talking about old times and out of that conversation came the possibility of revisiting Prison Break.” 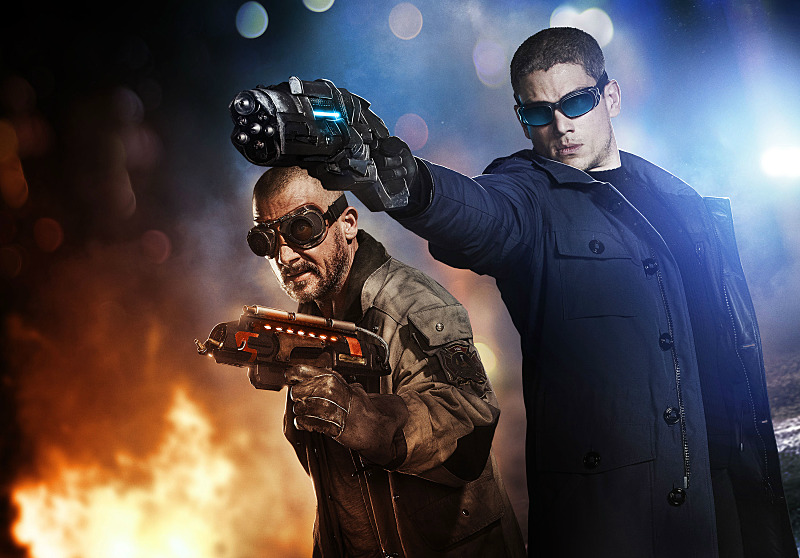 Wentworth and Purcell play Captain Cold and Heatwave on the CW superhero show. In addition to this, they also play these roles on spin-off Legends of Tomorrow. Due to these commitments, it was unclear if a revival could happen. Yet, as creator Paul Scheuring explained at the TCA;

“If we didn’t have all the people on this stage we probably wouldn’t have done it,” Scheuring said. But Miller, Purcell, Sarah Wayne Callies, Robert Knepper and Rockmond Dunbar not only were on board, they were also able to carve out the same period of time to film the nine new episodes.”

Prison Break season 5 premiers April 4th and covers the possibility of Michael surviving his seeming death. The cast left it unclear if this is really Michael or an imposter.