If you haven’t read DC’s recent ‘Convergence’ event, you missed an excellent, if slightly sluggish, story. The event saw characters from across DC’s history come together to fight for survival and, eventually, the fate of the entire DC universe.

As the majority of the characters no longer existed in the current continuity, it was a great chance for fans to see old versions of characters that didn’t make the leap to the New 52 continuity. This included, the pre-Flashpoint Superman; the version of the character we followed from 1986 up until the New 52 reboot. The one who married Lois Lane.

Convergence saw Superman and, a heavily pregnant, Lois thrown into the chaos of the event. The climax of the event saw Superman, Lois and their newborn son join several other heroes on a mission to alter the outcome of the Crisis on Infinite Earths event. They succeeded, but we never saw what happened to them after that.

At SDCC, DC gave us the following synopsis;

Following the epic events of CONVERGENCE, here are the adventures of the last son and daughter of Krypton and Earth as they try to survive in a world not their own. But can they keep this world from suffering the same fate as their own? Can this Superman stop the villains he once fought before they are created on this world? What is Intergang, and why does Lois’s discovery of it place everyone she loves in jeopardy? And what will happen when their nine-year-old son learns the true identity of his parents? 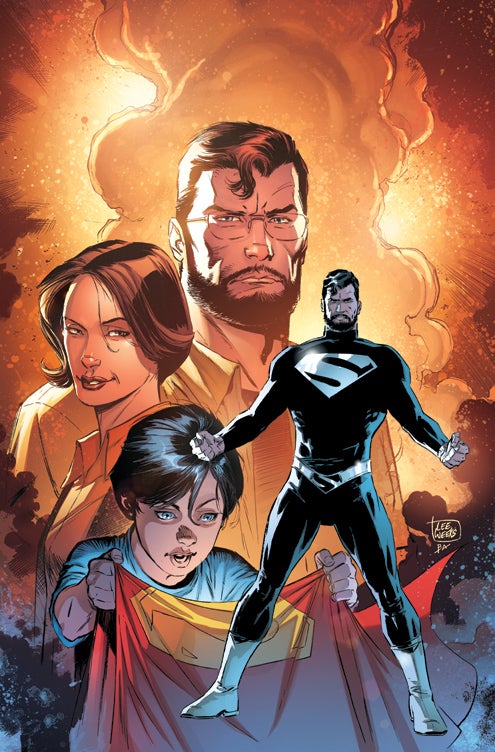 Clark Kent and Superman both grew beards? They must have the same stylist or something…

At the same time, DC announced two other series spinning out of Convergence. One based on tragic villain Telos and one on a set of alternate Teen Titans. Check the link for details.