Not All Species Returning in Mass Effect Andromeda Mass Effect Andromeda is easily one of 2017’s most anticipated games due to the previous trilogy’s fanbase. While Mass Effect 3‘s ending received a ‘mixed’ response, the series retains a lot of fans. Centuries after Commander Shepard’s adventures is the setting of Mass Effect Andromeda. Taking place in the Andromeda Galaxy, a series of sleeper starships arrive after centuries of travel. 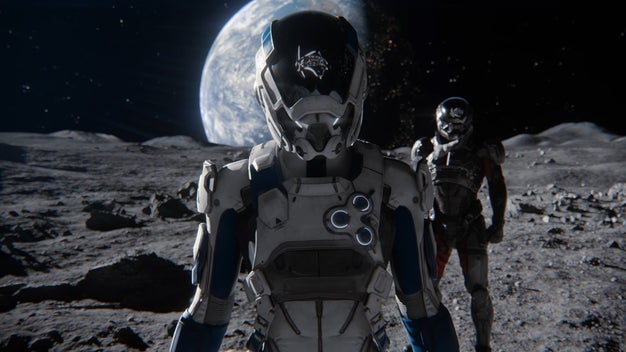 “I have the craziest job offer for you.”

However, not everything from the previous games will be returning. This includes some alien species. According to Pc Games N.com;

“Mass Effect: Andromeda sees a bunch of Milky Way races head to the new galaxy aboard massive ark-style ships, looking to create a forward operating base from which to bring more species across. Presumably this opens later games in the series up to add other races to the initial bunch, once those pioneering races gain a foothold.”

Since you will be exploring a new galaxy full of species it makes sense that a few classic species aren’t there. Bioware is no strangers to angry fan response, however. The story set up allows for more to show up in later games. The stated mission of the Ark initiative is to set up a forward base. Given the space warping capabilities of mass relays, it would be easy to bring more races across.

Stay tuned to The Nerd Stash for more Mass Effect Andromeda news as it comes. Did your favorite species make the cut? You’ll have to wait and see.