If you only read DC and Marvel then you are missing a wealth of awesome comics. From Power Rangers to Doctor Who and Sonic the Hedgehog there are amazing stories being told. This includes crossovers that will never happen onscreen. We’ve already covered the Power Rangers and Justice League crossover. In addition to this, there is now an upcoming crossover made in heaven; Star Trek Next Generation/Alien.

Star Trek is such a natural choice to crossover with Alien yet we’re only getting it now. Finally, however, Dark Horse and IDW are teaming up to give us the ultimate sci-fi crossover. Entitled ‘Acceptable Losses’ the Next Generation crew are due to go up against the Xenomorphs. How the Enterprise encounters the Xenomorphs is unknown. The creative team is holding their cards close to the chest for now. Picard’s crew does have a mission to explore unknown space. The Prime Directive may have to take a backseat in the face of them though. 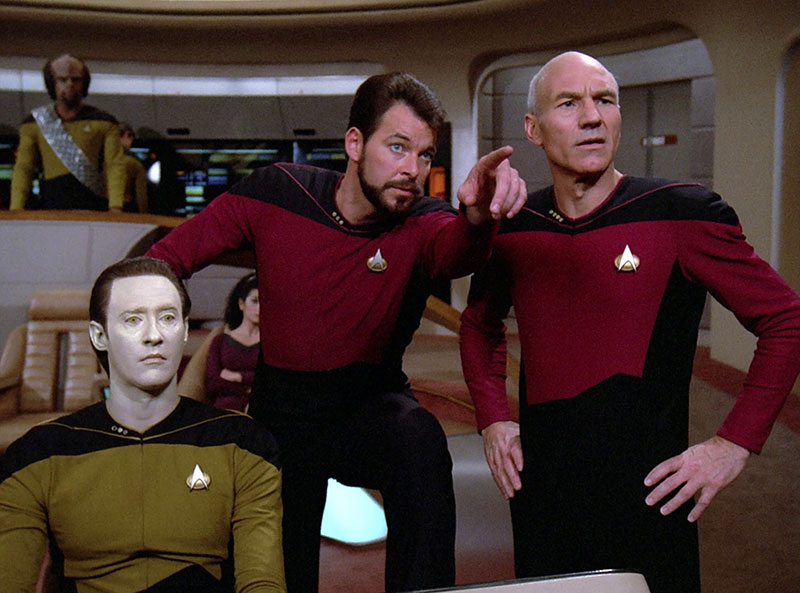 “I have a good feeling about that planet, captain.”

IDW’s editor had this to say on the subject.

“We’re beyond excited to team up with Dark Horse for this unique miniseries.”

Alien has crossed over with a lot of comics over the years. The most noteworthy ones include Superman, Batman and the Terminator. And of course, Alien has had many crossovers with Predator. Furthermore, Star Trek Next Generation isn’t a stranger to crossovers either. Because 2012 saw Assimilation 2; a crossover between Next Gen and Doctor Who. This is most noteworthy because, according to comicbook.com;

“The book will be written by Scott and David Tipton, with J.K. Woodward on art duties. The team is well versed in Stark Trek crossovers, as back in 2012 they guided the Star Trek: The Next Generation crossover with Doctor Who: Assimilation 2.”

Fans of both series can expect to see their favorites clash April 2017.