Star Wars Rebels is one of Disney’s first steps into the Star Wars universe. Given George Lucas’ ham-fisted approach to his own creation, it was never going to do badly. Nevertheless, Star Wars Rebels first season was very popular (the second season was greenlit before the first had aired).

Star Wars Rebels is set between Episode III and Episode IV. Five years before Episode IV to be precise. Now the old expanded universe has been rendered non-canon, this is a nice, unexplored spot in the timeline. As the name makes clear, the series covers the formation of what will become the Rebel Alliance.

Given the show’s popularity, it’s not surprising that Disney hasn’t wasted time releasing a trailer for season 2;

The first season ended with the revelation that Vader would be the new leader of the hunt for the good guys. The trailer shows everyone’s favourite bad guy leading the hunt with gusto. 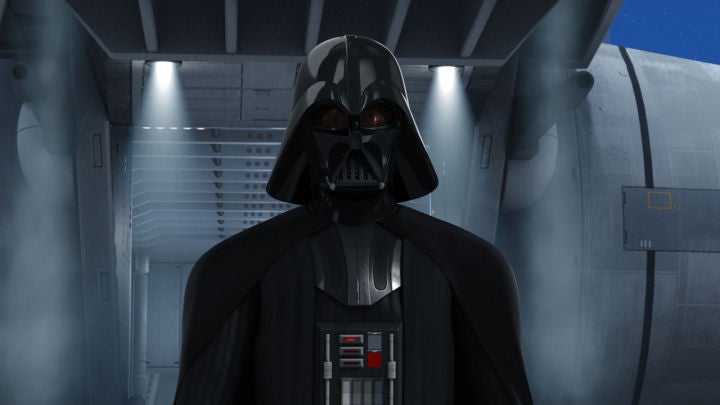 ‘Got an infestation of rebel scum? Call 0800-DARKSIDE.’

In addition to Darth Asthma, fans of the ‘Clone Wars‘ series will be excited to see the return of several characters. The most important of these is Ahsoka, Anakin’s own apprentice. This opens the door to all sorts of exciting possibilities for the new season and beyond. Will we see a meeting between the two at some point? If we do, will Ashoka find out who is behind the mask? The possibilities are hugely exciting.

One thing’s for sure; Season 2 can’t come fast enough.