Stellaris is a game about space and, oddly, there is a lot of sound in space. It’s just more fun that way. This week’s Development Diary is all about the sounds of space and the beautiful music that can be heard within.

Paradox has developed a fully in-house audio department that is dedicated to Stellaris; the first in Paradox’s history. For the soundtrack of Stellaris, Andreas Waldetoft is leading the musical charge — he’s the music composer for Paradox and this game.

Andreas describes a few of his earliest musical inspirations:

I can remember myself as a young kid in the 80’s sitting in my room reading comics and listening to my father’s records. That included a lot of Vangelis and Mike Oldfield which ended up being two of the biggest inspirations for the sound of Stellaris soundtrack. The idea of the music for Stellaris is getting back to that feeling I had as a kid, the feeling of infinite possibilities and what might be out there among the stars and galaxies.

This isn’t a fully synth, spacey, digital soundtrack. Andreas decided to mix the sound of synth with the organic feel of real orchestrated instruments to make Stellaris a musical piece all it’s own. Again, there is a real nuance to the music here. By not delving too headlong into the heady world of ambient echoes, Andreas wanted instead ” To make the feeling of exploration and journey across the galaxy I decided to not make the music too static and ambient. I wanted melody and a beat to push us forward into the unknown, sometimes with odd time signatures to really emphasize that push”. The music adds to the sense of exploration and mystery with every rise and fall.

Here’s a taste of the delightful pulse behind the Stellaris soundtrack:

This next piece shows off the focused and haunting qualities of Andreas’ work.

Aside from the galactic soundtrack of Waldetoft, which has the added difficulty of needing to be heard hundreds of times and not get repetitive, we also have the talents of sound designer of Björn Iversen aka Metal King. Iversen is the Audio Director at Paradox and has been tasked with making Stellaris stand out as a Sci-Fi extraordinaire. The idea of competing, or being compared to, other Sci-Fi soundtracks (Star Wars, Star Trek, Mass Effect) is daunting to any audio director, but Iversen is up to the challenge.

I went through a lot of different sound effects in our archives and as well going around the office and hitting every locker, desk, door or anything I could find that I think would sound awesome. I even started recording our elevators in the old office when they went up and down. I also started looking into different VST synthesis (basically digital synths) that could do awesome sound effects or really weird effects.

After finding the “neat-sound” resources I loaded them into my program and started modulating them all with various effects. For inspiration to create these assets I did some research to see how the audio team did when they created all their iconic sound effects for the original Star Trek. It was really inspiring to see how you could also create your own assets with help of simple tools. 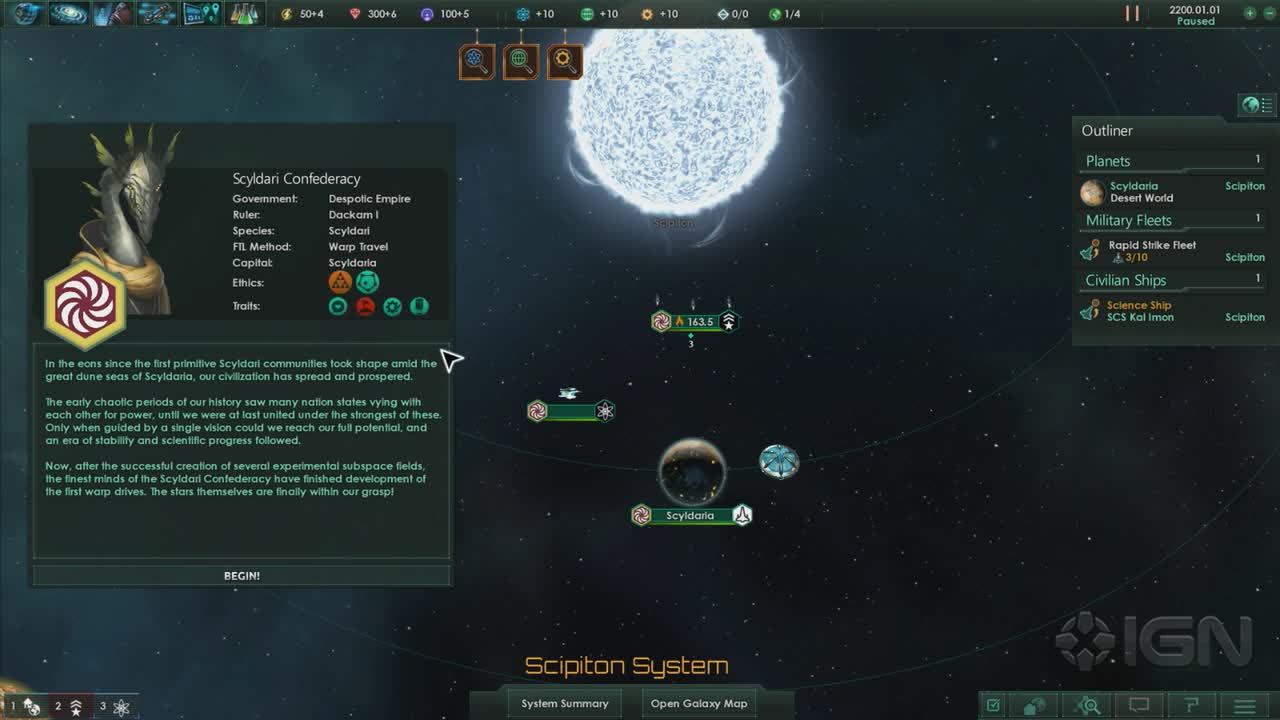 A Rocking Confederacy of… things

Here’s an in-depth explanation of the sound and how it’s evolved to something unique for Stellaris.

Something that was important for us from the beginning was to emphasize the feeling of the galaxy being vast and full of wonders, so I really wanted to create a deep soundscape. Since you can zoom in really close to ships or zoom out to get a better view of the entire system I wanted there to be a sound effect for ships when you zoom in on them, for example to hear their engine hum or if you’re admiring the planets you would hear the planet’s own “hum”. But having great background audio is also important for creating a big soundscape (even if there is no sound in space!) so I created several layers for the background ambient for our solar system. This was to create a background that feels like it is always moving, but wouldn’t take too much of your attention.

Usually the hardest sound effects to create, especially in a strategy game, since it is the sound effects players will hear the most of throughout the game. Therefore it was important for us to create as many various “click” SFX we could so the player won’t get tired of them. From the beginning I started out with only “digital” created audio resource that I mixed and tweaked with different effects, but later on I started to record several “organic” sound sources to get the right sound. I actually made a longer session of recording a kazoo, which was not well received in the office..

After many iterations we came up with a style of GUI sound effects that is hybrid between digital and recorded audio sources that we’re pleased with. Try to guess what we have recorded to achieve desired sound!

Even if we wanted to create a deep soundscape you got to have a little more punch/action to some of the sound effects to give more life and what better opportunity when you’re in a space battle! Considering the subtle ambience, there was no question that the weapons sound effects should sound big and take space! It was also important that the sound for the weapons would change depending on the distance from the battle (remember, deep soundscape!) so if you are watching a encounter far away the weapons doesn’t sound clear, are kind of muddy and with echo but it’s a opposite experience when you zoom in closer to the encounter. Then you can hear much more of the details from each weapon type.

We wanted to give VIR, our dear advisor, a bigger presence for the player so we had auditions for the role before hiring a VO artist to bring more life to VIR. It is a perhaps a first for a PDS game to have VO at all. Except for teaching you how to play the game, VIR will also keep you updated throughout the game to make it easier for you to run your empire. VIR will notify you if your Pops are short on food or that one of your Science Ships has completed its survey.

Here’s the second posted video of some excellent Stellaris gameplay for your pleasure.

So, what do you think about the sound design? Let us know in the comments below.