The Best Hidden Indie Gems of 2020 Despite all the issues we saw throughout 2020, it was also a great year for games in general. The triple-A scene saw a return to form for the Assassin’s Creed games with AC: Valhalla, this year’s Call of Duty refreshed the Black Ops series, and DOOM Eternal ripped and tore its way into our hearts. The indie scene saw some serious love as well, with games like Hades, Fall Guys, and Risk of Rain 2 seeing huge mainstream attention. While all of these are amazing, it’s important to note all the hidden indie gems of 2020 that proved to be amazing experiences. As such, in this piece, I’d like to give some love to the paths less traveled.

The Best Hidden Gems of the Year

ScourgeBringer tells the story of Kyhra, a young girl fighting for the survival of her people while exploring the unknown. Her path is a long one though, with much trial and tribulation. This is an incredibly brutal, fast-paced roguelite that would be a complete mistake to miss. There’s plenty to learn and such depth throughout, making this easily join the list of hidden indie gems for 2020. While I haven’t played the title myself, what I’ve seen throughout the gaming world has been nothing but praise. Paradise Killer tells the story of Lady Love Dies, an “investigation freak” who must track down a murder to save Paradise Island. A game of many choices, it’s up to you to decide exactly who pulled off the case and prove it before it’s too late. With just over 500 user reviews on Steam at 96%, there’s no doubt you’ll quickly fall in love with this hidden indie gem.

Fans of first-person shooters of the 90s ought to check everything Prodeus has to offer. It takes the technical limits of older hardware and brings in modern rendering techniques, giving it that modern feel that both parties can quickly get enthralled by. It was a blessing to have played through this title, so I couldn’t recommend it more. That 97% on Steam is no joke. If you’d told me I was going to throw a combat flight simulator on this list, I would’ve laughed at you. To my pleasant surprise though, Project Wingman is everything I could ask for from its type of game and more. Tight controls, satisfying combat, and an immersive atmosphere make its 94% no surprise. Even as someone who never played a game like it before, I quickly found myself falling in love with this hidden indie gem.

For those like me who can enjoy a great roguelike with some satisfying gameplay, Gunfire Reborn is a must grab. It’s incredibly cheap on Steam while offering nothing short of fantastic. I dropped 60 hours in so far, with a lot of fresh content yet to come. Even if you don’t grab it now (despite a great price), keep an eye on it. This hidden indie gem’s full release will likely be nothing short of special. Drifting off into something a bit calmer for this entry, The Pedestrian is a humble puzzler that’s sure to keep you intrigued. It works similarly to a lot of puzzle games, only the puzzles take place entirely on road signs as you work your way across a beautiful town. If you enjoy thinking your way through complex puzzles and thinking outside the box, The Pedestrian will provide an awesome experience you’ll look back on with nothing but fond memories. 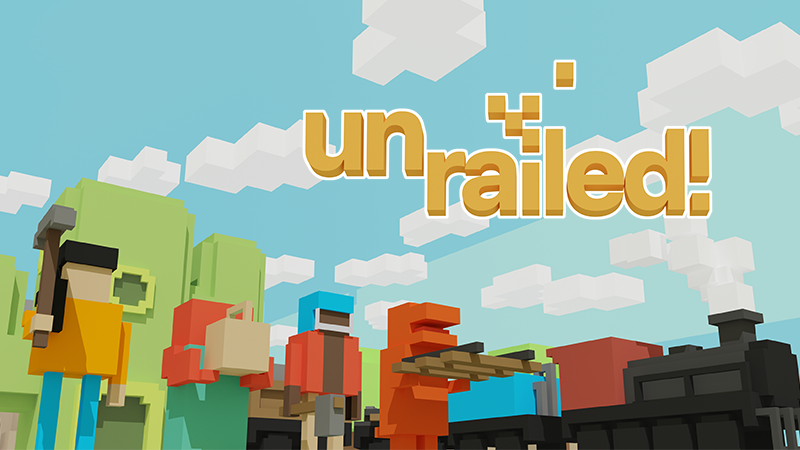 Those of you looking for a great hidden indie gem for you and a few friends will enjoy Unrailed immensely. You and up to a group of three other friends must get a train from one end of the map to the other. The catch is you have to build all the rails and clear the path along the way. It can get surprisingly hectic, so be ready to break a few friendships along the way. If my explanation isn’t enough proof for you, take its 93% positive rating on Steam as further proof of the fun to be had.

Do you love DOOM? Do you love a good rhythm game from time to time? If your answer to either of those questions is yes, then BPM: Bullets Per Minute is the hidden indie gem for you. The game has you playing as an angelic Valkyrie, fighting back the forces of the underworld using many guns at your disposal. All of this, while listening to beats you’d expect from the DOOM series. The catch? Your gun only fires to the beat of the music. It may sound annoying, but I promise it’s everything but. Sometimes it’s fun to just sit down and play a chill game with your closest friend, which is exactly why you should try Biped. This adorable little puzzler has you both playing as two-legged robots who have to move one leg at a time. It’s like Portal 2’s co-op in a way, only a bit more difficult and a little cuter. the 93% rating is to no one’s surprise. Pick this hidden indie gem up, and I have no doubts you’ll have a swell time.

One Step From Eden This title takes the spot as one of the most unique titles of this list. In One Step From Eden, you’ll build a heavy-hitting deck of cards while using spells on the fly and making tactical moves to strike down your opponent. All of this, with the main goal of making your way to Eden. Will you be able to survive? Not only is there a 95% positive rating on Steam, but you can even grab it as part of this month’s Humble Choice bundle.

While this isn’t every great hidden indie gem released in 2020, I hope this helps you find just what to look out for. Do you agree with the indie games on this list? Any you would’ve added on? Let us know in the comments below, and stay tuned at The Nerd Stash for all your news, reviews, guides, and more!