Archer Season 8 Details Given at NYCC *There is a massive spoiler for the end of Archer season 7 in this article so fair warning.*

Fans are eagerly waiting for Archer Season 8 details and now we have some. The Archer production crew clearly love mixing the status quo up. And it seems like Season 8 will be the biggest shake-up yet. Season 5 saw the gang become a drug cartel and a detective agency in season 7. Therefore, this is quite a claim to make. 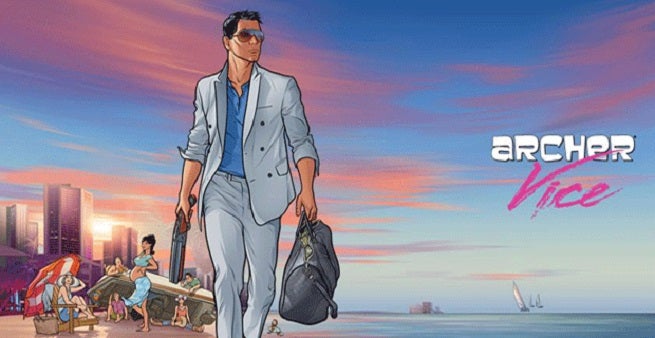 Season 5 went to a strange place…

First of all, the issue of if Archer is still alive after season 7 is unclear. This is due to Archer Season 8 being set in 1947. It’s unclear if we’re looking at a time travel plot or a ‘what-if’ season. Season 8 sees Archer as a PI hunting the killer of his partner Woodhouse. Furthermore, all main characters are returning, though not identical to their mainstream versions. According to the Nerdist;

“At the same time, Archer’s former superspy colleagues will survey the underworld of post-World War II America with their own seedy motives and vices. The panel began by focusing on the new iteration of Cyril Figgis. “He’s a bad cop,” said Figgis’ voice actor and Saturday Night Live veteran Parnell. “I do dealings with criminal overlords. [Figgis is] not a great guy… Archer is even more his nemesis in a whole new way. He actually puts Archer in jail, which is nice.”

Mainstream Archer’s survival may or may not get an answer this season yet there’s plenty more Archer to come. Another season after Archer Season 8 is going to happen. The crew are contracted till Season 10, hence we can enjoy Archer’s adventures in 1947.

Archer fans have seven seasons to enjoy until eight comes out. The Nerd Stash will bring more info as it comes.