If you had to list your favorite fictional robots, I’d hazard a guess that Star Wars’ golden colored C-3PO would come fairly low down the list. There are a lot of robots in fiction and C-3PO’s translation and protocol functions aren’t as interesting as what other robots can do.

All the same, with Episode 7 coming out later this year, there’s a bit of a scramble to get people up to speed on what happened between the classic trilogy and ‘The Force Awakens’. And Star Wars is an odd series in that respect. Over the years, just about any character in the films who was even slightly distinct, has had their life story mapped out.

Don’t believe me? Head over to Wookiepedia and prepare to have your mind boggled by the degree to which the series has been fleshed out.

So in keeping with with this rather obsessive level of detail, C-3PO will be getting his own stand-alone comic special to answer the question that everyone asked upon seeing footage of him;

It would seem that at some point between ‘Jedi’ and ‘Awakening’ C-3PO’s left arm has been replaced by a red one, giving him a very ‘Iron Man’ colour scheme. 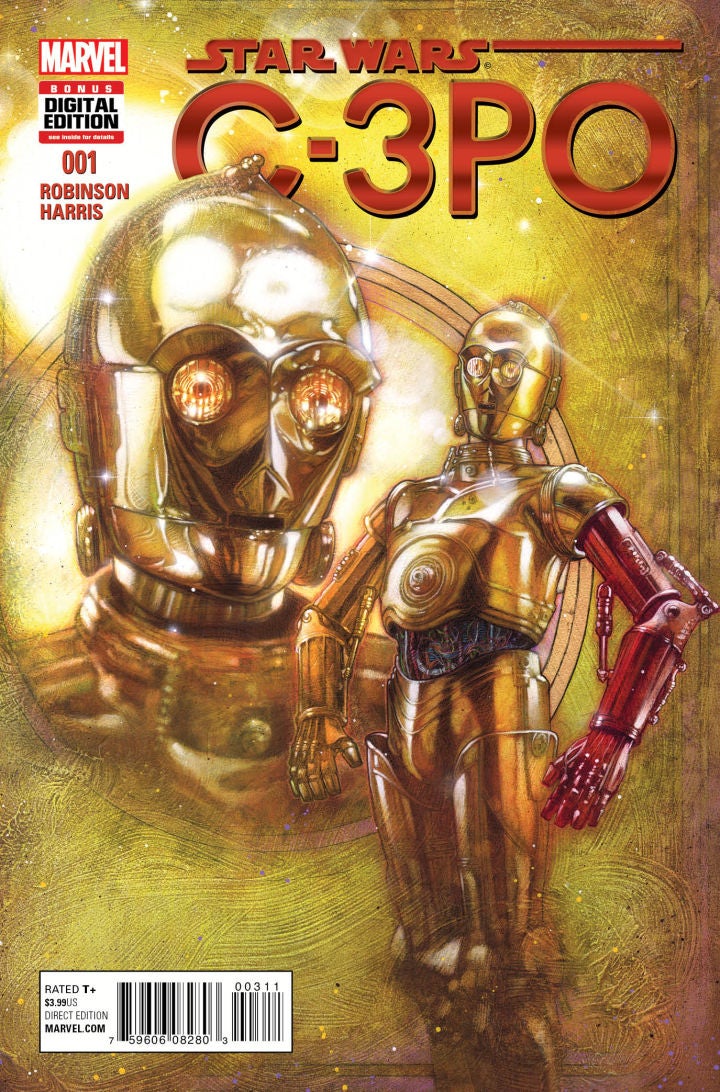 Other specials will include Luke learning to knit and Han and Leia’s laundry day.

Of all the questions people have about the events between films, it’s not exactly the most burning. Still, it does make a certain amount of sense. They want to drum up publicity for the new film, but they don’t want to give away info that will be coming up in the film. So we’ll have to wait until after Episode 7 comes out before we get a comic covering the battle of Jakku and other more pulse pounding events.