In an interesting announcement from Bethesda this morning, Fallout 4 fans can expect great support from “launch and beyond”.  “What does that mean” you grumble. Well, as Bethesda is putting the finishing cherries on top of it’s irradiated cake that is Fallout 4, we’ve been gifted with new information about the pricing of DLC, future updates, and modding for console and PC users.

Bethesda doesn’t want you to buy Fallout 4 and worry that bugs and tweaks won’t be addressed regularly and with care.  As stated by Bethesda

We’ll be doing regular free updates to the game, and like Skyrim, these will come with not just fixes, but new features… We’ll work with all of you to figure out what new things you’d love to see added to Fallout 4, whether they are small tweaks or new features.

Making it sound like they will listen to the concern of gamers is a good first step. Paradox Development Studio is already well versed in the seemingly unusual realm of free updates that work as mini-content packs that enhance the game. With this move, Bethesda is headed in the right direction in making their games and development more transparent with a stronger reliance on community support.

Modding For The Masses —

While it isn’t news that Bethesda will be releasing their Fallout 4 creation kit for the PC sometime later this year, what is newsworthy is their insistence on bringing those (same) tools to the Xbox One and PS4, respectively. Bethesda’s open worlds are conducive to experimentation within their systems, and the robust modding capabilities and communities are what give these games an astounding amount of longevity and creative control. 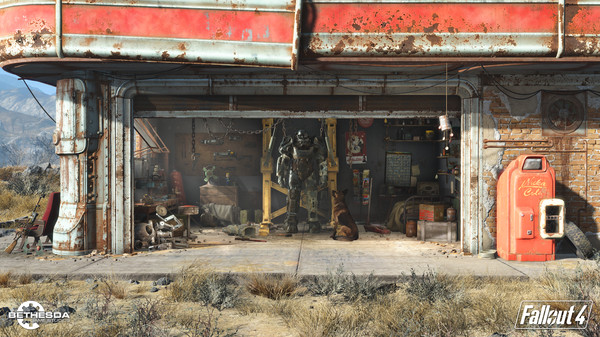 I don’t want to get gas anymore…

The most exciting, if not a little unbelievable, announcement is that all DLC will be available for $30 with the season pass… Really?

Just in case you don’t believe me, here are the words straight from their finger tips:

We love making them [DLC] and you always ask us for more. To reward our most loyal fans, this time we’ll be offering a Season Pass that will get you all of the Fallout 4 DLC we ever do for just $30. Since we’re still hard at work on the game, we don’t know what the actual DLC will be yet, but it will start coming early next year. Based on what we did for Oblivion, Fallout 3, and Skyrim, we know that it will be worth at least $40, and if we do more, you’ll get it all with the Season Pass.

With such a glut of information coming out months before the launch of Fallout 4, gamers will have plenty to read and dream about in the coming days. Let’s just hope that all of these promises will pan out into our post-apocalyptic dreams.