Fear The Walking Dead: ‘Not Fade Away’ Recap Fear the Walking… Sex? For a minute or two, I forgot I was watching a show about zombies and more a show that you would catch around 1:30 AM on Cinemax (not that I would know anything about that). But, I’ll get to that juicy information a bit later.

Titled “Not Fade Away,” Fear the Walking Dead debuted episode four tonight with efforts to cover multiple story lines and introduce some new important characters. The curtains lifted with Nick floating in a debris-covered pool, not a single concern in the world. Travis carved his way down the military-run streets of his neighborhood in a pair of hideous running shoes. The opening sequence reminded us that Los Angeles used to be a beautiful city that one could quickly lose all their cares in the world. Chris spent his time on the roof recording some good “end-of-the-world” footage while documenting the happenings. While doing the recording, Chris noticed a flickering light in the distance. Of course, Travis did not believe him, but Madison would later accept what Chris discovered.

Events took another dark turn as one of Travis’s neighbors became sick. I did not quite understand if he knew that he was turning into a zombie or if he just could not handle the happenings around him, but Doug (the neighbor) clearly lost what little mind he had left. The episode then introduces us to the new military doctor, Bethany Exner. Dr. Exner meets with Liza who is currently playing town nurse, with Exner clearly impressed with the ability of Liza’s care. And now… SEX!!! 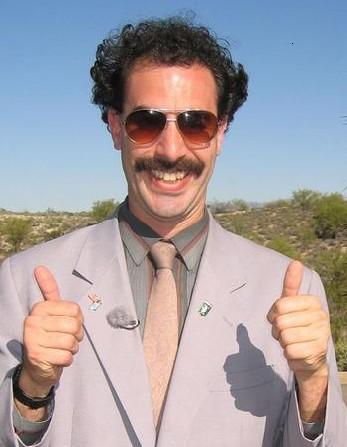 We get two different sexual acts, one with Ofelia hooking up with one of the military, the other between Madison and Travis. The latter is a bit more obvious, it’s been awhile and they are both still humans. Ofelia’s most likely has an ulterior motive. The medicine needed for her mother’s leg is hard to come by and the military has plenty of it. When Ofelia asks the gentlemen to slow down and asks him about the medicine, she is clearly turned off and loses interest when he is unable to procure what she needs. Luckily enough for the family, Dr. Exner is willing to transport the mother to their military hospital and invited her husband to accompany them.

The biggest set piece in the entire episode came at the halfway point when Madison decide to investigate the bright light that Chris discovered. After breaking out of the safe zone, she discovered hundreds of bodies in the street, some infected and others not infected. The imagery did a great job of showing us the difference between the safety of the militarized zone and the outside world. For me, I drew an instant comparison between this sequence and the governor’s town of Woodbury. Madison did not have time to get very far as a military forced showed up, causing her to do the classic “duck under a car while looking at a dead body” maneuver.

Near the end, the military showed up at Travis’s house to take the elder Salazar and his injured wife to the hospital for surgery. In a very well-placed twist, the army did not allow the barber to accompany her; rather, they decided to take Nick (likely due to the fact that Dr. Exner knew he was a junky and he put the moves on her). Nick tried to run, taking a rifle butt to the face and was dragged out. Liza followed the convey, causing Chris to panic about losing his mother. The end sequence showed the house with the glimmering light flashing, but this time flashing from gun shots.

-Alicia’s role is barely even noticeable now. She stands in the background through most of the shots and doesn’t have a place in the family.

-Everyone’s role in the show is well-defined at this point. Travis continues to try and be positive in the face of impossible odds. Madison and Daniel seem to be the sharpest and most willing to fight.