Some of life’s more exhilarating video game moments happen smack dab in the middle of some multiplayer action.  Whether you are scoring a miraculous goal in FIFA16 or wrecking shop in Call of Duty: Advance Warfare, multiplayer for Xbox is a must have experience for hardcore players. The Xbox never ceases to please its’ loyal fan base, as news comes this week of yet another special gift for players. Microsoft has announced that this weekend is free multiplayer weekend on Xbox 360.

News comes as the holiday season begins its’ rollout of exciting games and merchandise. Hold on to those Xbox 360’s and get ready for some fun. Microsoft never ceases to please its’ loyal fan base as news comes this week of another special gift.

That’s right, From October 9 through October 11 players will have access to the Xbox Live multiplayer service. Players will be able to play and fight alongside their online buddies and allies. Enjoy your favorite online games, for free, this weekend. Players looking for some new and exciting games have plenty to choose from. To take advantage of this multiplayer deal players should explore such titles as Minecraft, FIFA 16, Call of Duty: Advance Warfare, or even GTA V (Grand Theft Auto Five). 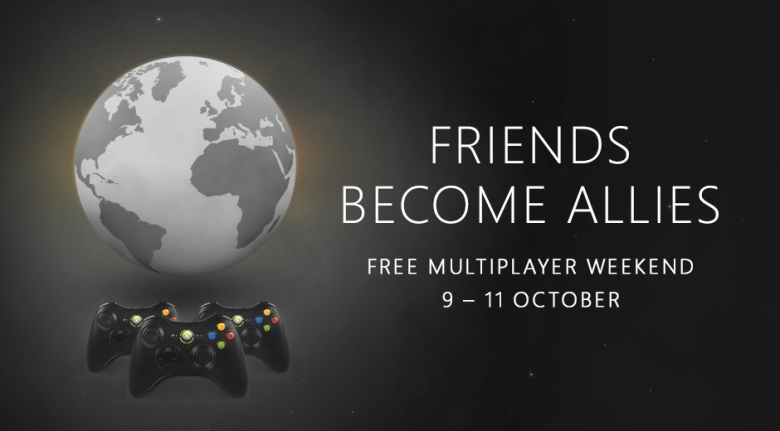 According to the company’s website, the Xbox Live multiplayer will be unlocked on Xbox 360 during this weekend. The unlock is set to go live at 12:01 A.M. PT on October 9, 2105 until 11:59 P.M. PT on Sunday, October 11, 2015. Be aware that only players with a “Free account” on Xbox Live (the gold membership is NOT required to take advantage or participate in the deal). The website goes on to state that the deal is not available in all countries. Multiplayer unlock is not available in all games, so be sure to double check your favorite titles first. Of course, the games are sold separately.

Does news of Xbox 360 offering free multiplayer action this weekend excite you? Let us know in the comments below.

Tony is an actor, gamer, nerd defender, and dragon zapper. He holds an MFA in Creative Writing for TV, Film, Animation & Games.

Stories Untold Switch Review: Flip a Switch to the ’80s