This Guy Built A Robot That Looks Like Scarlett Johansson They say that imitation is the sincerest form of flattery, which means  that Scarlett Johansson has one heck of a fan out there. How is this particular fan any more devoted than the rest of Scarlett Johanson legions of followers? This one has built a robot of her. 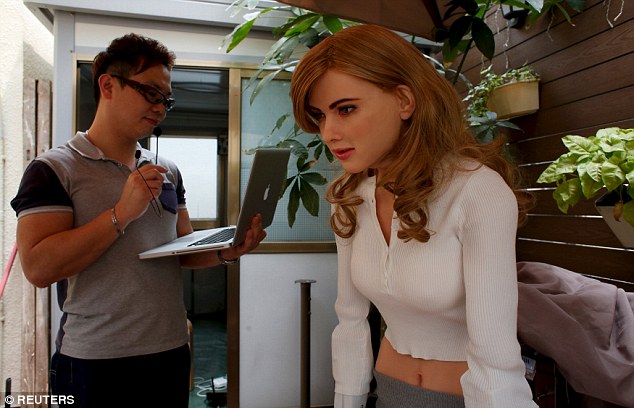 ‘She is merely the first of my grand robot army that I will use to conquer the world!’

To be fair, Johansson-bot 5000’s creator (Hong Kong product designer Ricky Ma) hasn’t explicitly said that he modelled his creation after the world-renowned actress; just that it’s inspired by a Hollywood star. However, the resemblance doesn’t leave much room for speculation.

Ma reportedly spent more than $50 000 bringing his creation to life (so to speak). So what functions does Scarlett Johansson robot have? Well, it won’t exactly be the champion of Skynet’s army when the robot uprising comes. According to Tech.Mic;

“Johansson — er, Mark 1 — responds to programmed verbal commands. When told it is beautiful, it will smile and say, “Hehe, thank you.”

‘Mark 1’ has silicone skin that hides the 3D printed skeleton and mechanical parts. Why has he spent so much money putting this… creation together? Apparently in the hopes of an investor buying it off him so he can use the profits to build more fembots for other ‘enthusiasts’.

What a time to be alive, huh?