VENICE, ITALY - SEPTEMBER 05: Miranda Otto attends the premiere of 'Equals' during the 72nd Venice Film Festival at the Sala Grande on September 5, 2015 in Venice, Italy. (Photo by Tristan Fewings/Getty Images)

’24: Legacy’ is gearing up to take us back to the world of 24 with the announcement that Miranda Otto has signed on as the show’s female lead.

The original ’24’ was a groundbreaking show that ran in real time. Unlike traditional tv shows that allow as much time as the writers need to pass; each hour-long episode of 24 represented an hour for the in-universe characters as well. Each twenty-four episode long season covered twenty-four hours in the life of Jack Bauer (Kiefer Sutherland); a man who had a… ‘colorful’ approach to interrogating suspects. 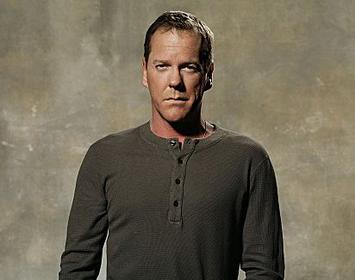 Seriously, don’t get on this guy’s bad side.

In 24: Legacy, Otto’s character will be Rebecca Ingram, the former head of CTU who is having second thoughts about having left counter-terrorism.

As for other details of the show, Deadline reports;

“24: Legacy, written by 24 veterans Manny Coto and Evan Katz and directed by Stephen Hopkins (who helmed the original 24 pilot), chronicles military hero Eric Carter’s (Hawkins) return to the U.S. and the trouble that follows him back – compelling him to ask CTU for help in saving his life, and stopping what potentially could be one of the largest-scale terror attacks on American soil.”

You shouldn’t expect to see Jack Bauer return, however. At the time of writing, Kiefer Sutherland is not involved with the show at all.