Street Fighter V is a game about mashing out staggeringly large combos with thick thigh characters. It’s also a game that’s been primarily about adrenaline-filled competition in it’s purest form; a one on one fight to the death. Instead of adding more competitive multiplayer goodies, Capcom has decided that everyone should have the opportunity to learn a little more about their favorite supersized fighters in the forthcoming (free) update –“A Shadow Falls”. 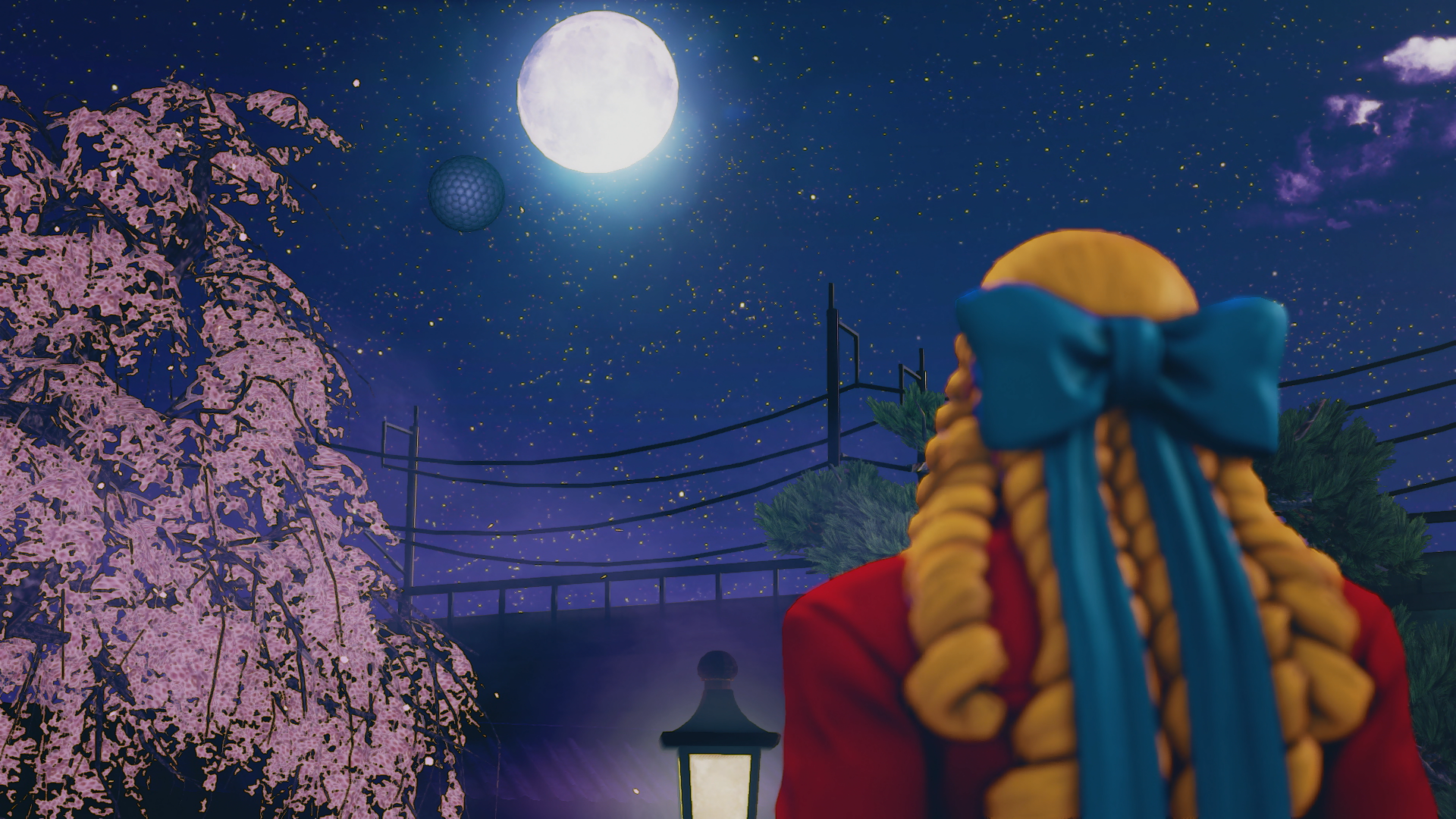 Karin Looking to the Moon

Street Fighter V will be updated with a whole host of changes to its currency system and daily challenges, but the “Cinematic Story Expansion” is what’s getting everyone excited. In a recent Capcom blog post , the following was stated:

The 5 chapter story takes place between Street Fighter IV and Street Fighter III and bridges the events that happen in between the two stories. This is the first time in franchise history that fans will be able to play through this type of cinematic experience in a Street Fighter game. The Street Fighter V Cinematic Story Expansion, “A Shadow Falls,” depicts the ultimate battle between the evil Shadaloo organization and the heroic World Warriors who rise up against them. Seven “Black Moons” are deployed by Shadaloo, granting M. Bison unimaginable power and enveloping the earth in total darkness.

Along with the vanilla cast of fighters, the June update will also allow DLC characters to be playable in the aforementioned “story mode”. This gives players a chance to fight with DLC characters before they come out or battle with ones that they don’t already have: “That’s right, in addition to Alex, Guile, and Ibuki, that means that Balrog, Urien, and Juri are also playable! The official release of these characters will not be until later in the year, which means everyone will get to play them in advance through this mode”.  With all of your winnings from the new “story mode” able to be used on in-game purchases, Street Fighter V is looking to add solid content to their fighting franchise.

What do you think about the upcoming Street Fighter V update? Is a story mode something that SFV will appreciate? Let us know in the comments below.