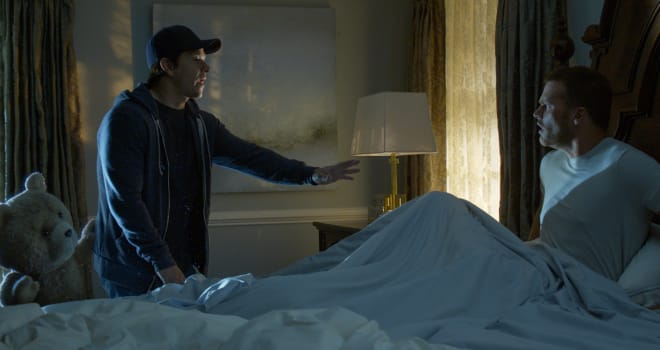 The new red band trailer for “Ted 2” focuses on a big problem for the titular character: He and his new wife want to have a baby, but need a sperm donor. Naturally, Boston native Ted decides that the New England Patriots quarterback is the perfect choice for the job, though after an unsuccessful break-in at Brady’s house, he calls upon his best friend John (Mark Wahlberg) for the favor instead.

Unfortunately, Ted’s in for a big legal battle to prove he’s actually a person, and thus a fitting parent, and he and John call upon lawyer Samantha (Amanda Seyfried) to help them make their case. After Samantha takes a long bong rip during their first meeting, it’s clear this is a match made in heaven for the trio.

It wouldn’t be a Seth MacFarlane project without lots of dirty, mindless chatter, and there’s plenty of that on display in this new clip, including a long discussion about John’s oddball internet porn-browsing habits. Basically, if you enjoyed “Ted” or are a fan of “Family Guy,” you should find plenty to like about “Ted 2.”