Civilization VI is finally in the homestretch of its development cycle and gamers are taking notice. The adage “one more turn” is slowly awakening somewhere deep in our brains, tucked neatly between responsibility, sleep, and sunshine.

Fueled by equal parts addiction and motivation, players have been returning to the Sid Meier’s Civilization series balanced ratio of risk and reward since ’91. Civilization is thoughtful without being pretentious, difficult without unnecessary frustration, and rewarding without pandering to mere participation – Civ gives you riches when you earn it, and a hazy nuclear-covered landscape when you underestimate it.

Still, the series hasn’t always been known for its stellar vanilla game, especially after the launch of Civilization V, which required large patches to make the game more palatable to players coming off of the plethora of content of Civilization IV. This isn’t a problem that is unique just to the Civilization series as other strategy games don’t always launch in their best state. With this in mind, the latest team working on Civilization VI is one of the most content and gameplay focused to date.

Ed Beach and Anton Strenger, to name two, were the minds behind the extremely successful and extremely necessary expansions for Civ V: Gods and Kings (G&K) and Brave New World (BNW). Between them, BNW and G&K added more diplomacy, world congress, international  trade, religion, and game-changing Ideologies. It wasn’t just about min/maxing your cities and optimizing your build queues… well, not really.

Replayability and game enduring depth. This is exactly what Beach, Strenger, and the rest of the team brought to Civ V. 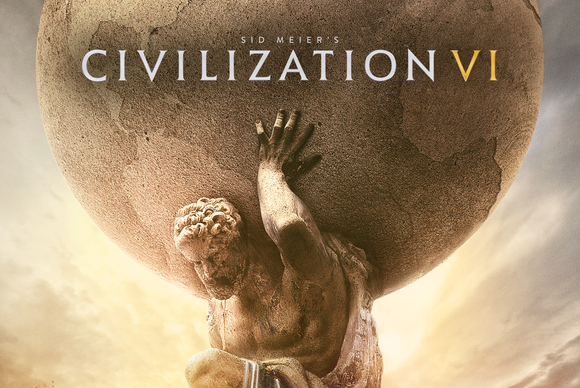 On the shoulder of a single giant

So, what can this team bring to the 2016 version of Civilization? About 33 per cent , if you are asking. The team behind Civilization VI is reworking the game with a 33/33/33 model.

33 per cent is a reworking of past ideas to make them fit neatly in a new package — think about the active research system that gives bonuses to your research based off of your gameplay.

33 per cent is the raw force of new ideas — unstacking the cities to finally make city development a strategic development of its own.

Here’s a rundown of some of the main features added to Civilization VI. [source]

Beach and Strenger guide you through this now an outdated build of Civ VI in the video below; this is still a fantastic look at what this game will have to offer.

Civilization VI wants players to use the terrain that surrounds them. The notion that civilizations rise and fall based on their immediate environment instead of  latent ability is daring and, more importantly, exciting from a gameplay perspective. Players will need to survey the land around them and pick an area with good water and some delectable resources to boot. This idea of unstacking your city and looking to your land is monumental for the series, heaping countless hours of addiction on top of the already time-consuming formula.

Sadly, we need to wait a little longer (October 21st) to plug in to one of the most important and enduring strategy games in the mediums history. But there are always ways to play as a primitive civilization that work their way through the ages, right?

So, what do you think about some of the new ideas and the team working on the latest Civilization game? Let us know what you think in the comments below and remember to check back with The Nerd Stash for all of your Civilization news and features.