After recently finishing From Software’s Bloodborne, I am one of the lucky ones to have completed their four amazing games.  I stumbled onto Demon’s Souls one random night by sorting IGN’s scores from highest to lowest for PS3 reviewed games.  Scrolling down the list a little bit, I came across Demon’s Souls, and had no clue what it was about.  The marketing done for this game was basically non-existent.  I did not see any TV commercials or any real previews about it.  The constant theme throughout the review was how incredibly old-school Demon’s Souls was.  The player would encounter frustration that only old games like Contra could create.  And IGN was right.  Demon’s Souls was sadistically difficult.  I became hooked into the series when Dark Souls and Dark Souls 2 came out, and recently finished up Bloodborne.  I figured I would try my hand at the five most difficult bosses throughout the entire series.  I decided on five because a list of ten becomes too watered-down.

Before you read my list, I want to give you several disclaimers.  First, these bosses were the ones that I had the most difficulty with.  Please keep that in mind as you potentially roll your eyes at how easy you thought one of my five were.  Second, for 98 percent of the bosses, I did not have ANY information ahead of time.  No wikis, cheats, glitches, whatever.  Third, I had a very similar build for Demon’s Souls and both Dark Souls games.  I played a slow tank with the fat roll.  In Bloodborne, I chose a Skill build with the Blades of Mercy.  Finally, I chose bosses from the main games, no expansions or DLC.  So without further ado, here’s my five:

Throughout the series of four games, bosses that existed in pairs or threes always gave me a ton of difficulty.  The Shadow of Yharnam were no exception.  The biggest struggle for me was deciding which guy to take out first.  I tried multiple times to remove the slow fire-caster first, as his heat-seeking fireballs always managed to catch me, or occasionally clip through the giant gravestone.  I changed my strategy after awhile and managed to take out the speedy swordsman first, but struggled as the Shadow evolved and gained new powers.  Ultimately, I had to relax a little bit as I freaked out too much.  I used the giant grave more to my advantage, and finally took them out.

Total Attempts:  In the 20s 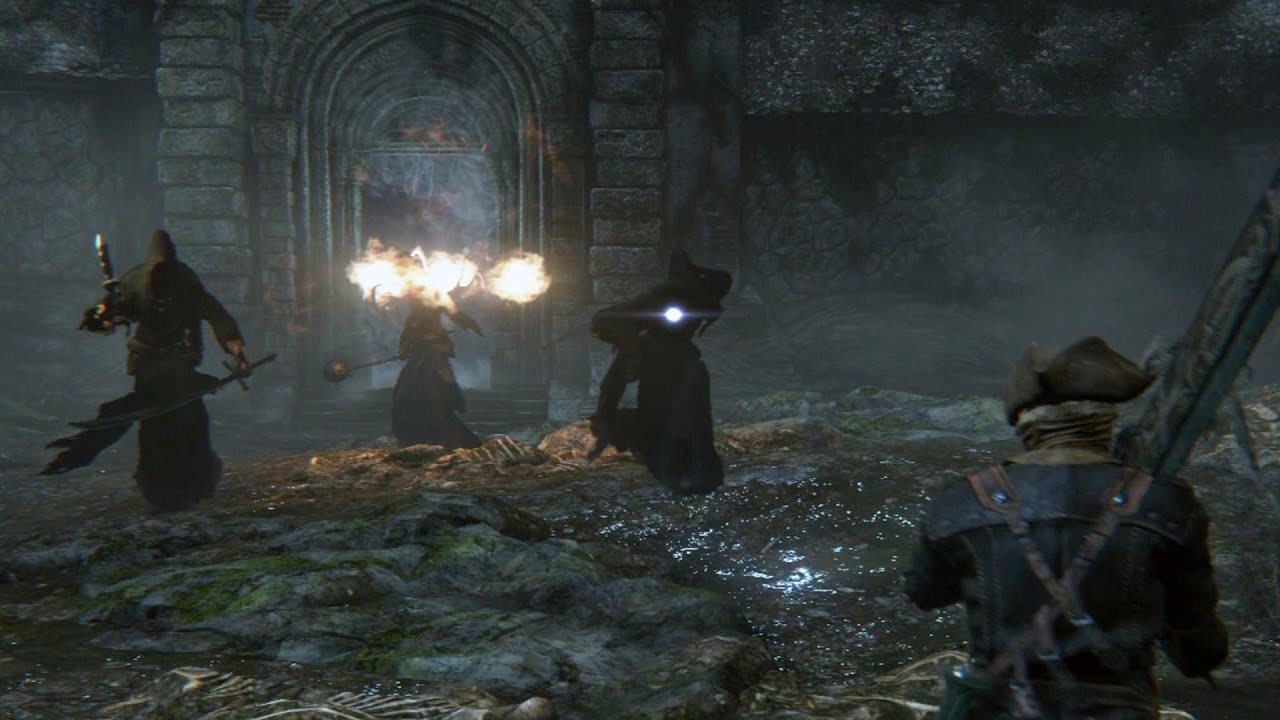 Essentially the “final boss” in Demon’s Souls, FK Allant really wore my patience thin.  Some of his combos were absolutely lethal.  His AoE clipped me a few times due to my confidence that I was out of his range.  His soul sucker spell snagged me a few times and was an insta-death.  Because my guy was tankish, I did not have the mobility to roll around him and dodge his attacks.  Attempted to go toe-to-toe with him failed multiple times, eventually winning with some luck and a whole lot of grass (no, not that grass).

Total Attempts:  In the 20s 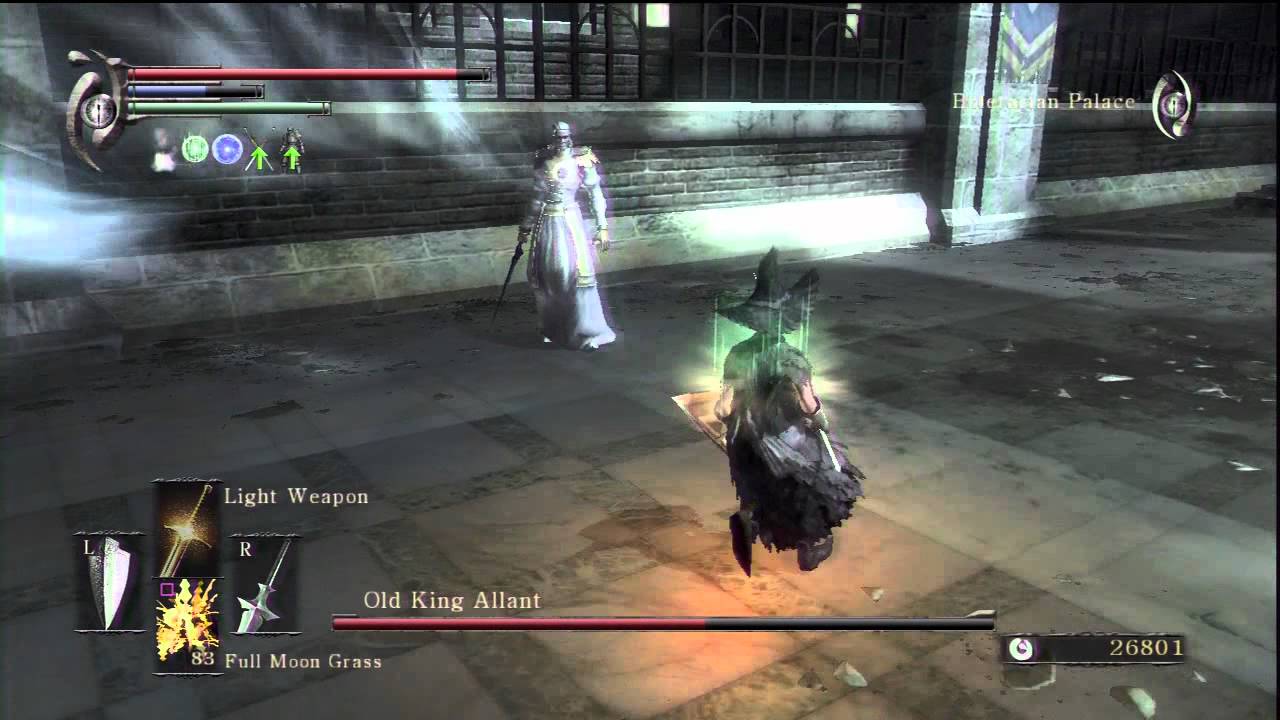 Oh my lord, one of the most frustrating fights in the series, made impossible by the space in the room.  As soon as you enter, the two wolves come flying at you.  If you manage to knock them off in time, you need to book up to the stairs to give yourself some time to breathe.  Unfortunately for me, I could NEVER get the timing down with this fight due to my play style.  I was instantly gashed within 4 seconds of starting this fight.  I listed this fight in the top five due to the really tough difficulty, and the cheapness of it. 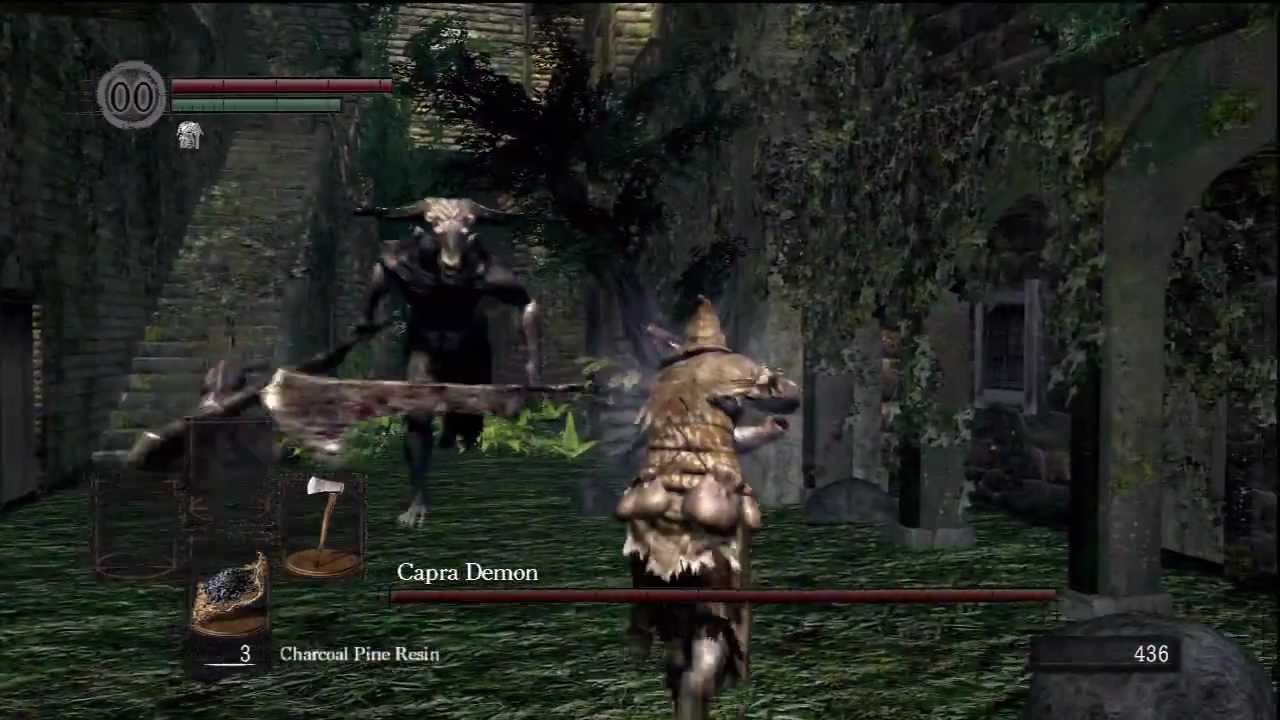 I love the fact that the hardest boss in the game for me was the end boss (kinda).  The setting is so reminiscent of the battle against The Boss in MGS3.  But don’t let the flowers fool you, Gehrman is a tough dude.  I never truly mastered the art of the parry, so I had to go old-school with him.  I found his airborne scythe attack damn near impossible to block, and his beast mode at the halfway point made the fight really, really tough.  Most of his attacks can one-shot you, or get close to it.  I love the fact that there are no real gimmicks here.  It’s just you and him in a field.

Big surprise here.  The Dragon Slayer and Executioner are #1 on my list, and it’s not even close.  These two together are just beyond frustrating.  Ornstein moves so incredibly quick, and if you manage to get away from him, a giant hammer will be landing on your face.  As I said before, I have trouble with bosses that are in multiples.  I could not handle them together.  Playing as a tankish warrior without fire to take down Ornstein, I was not set up to beat these guys.  After FINALLY winning this battle, I felt the most satisfaction from a victory in years.  Incredibly tough.  No other way to say it. 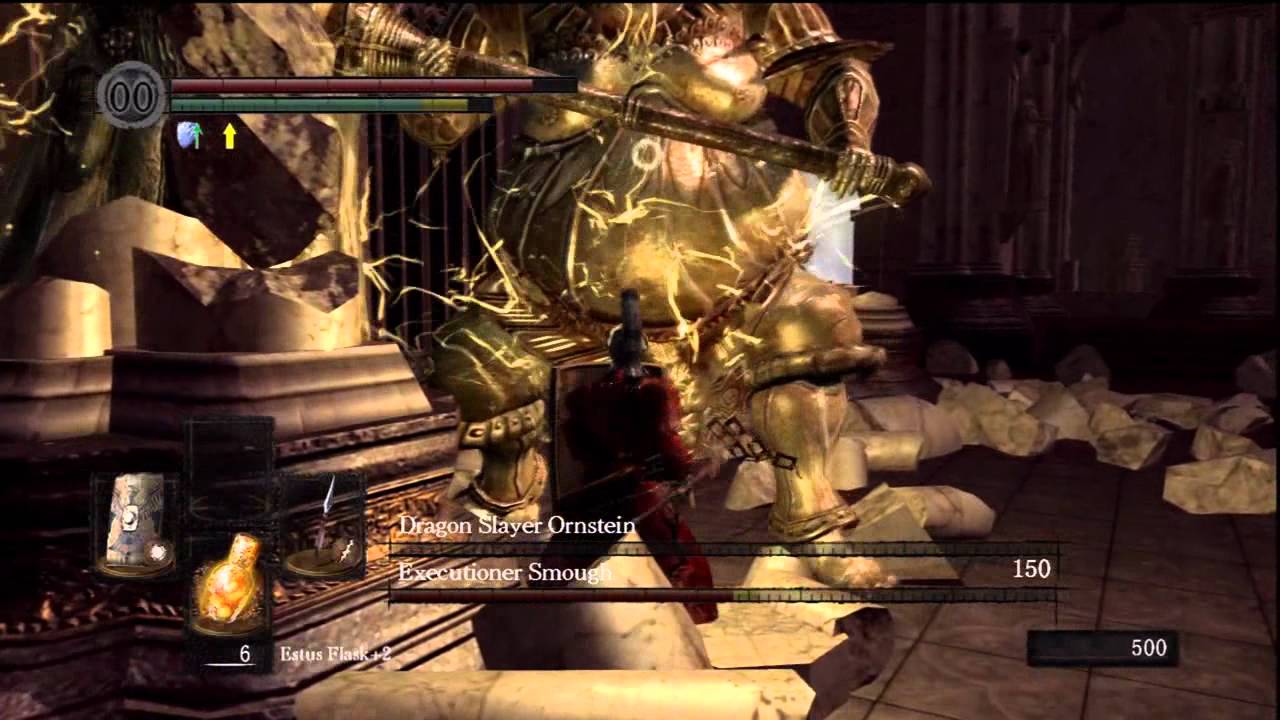