It’s the first Friday of December, and you know what that means. It’s time for yet another Humble Choice bundle! Last month we saw some solid titles such as Darksiders III, Yakuza Kiwami 2, and Imperator Rome. While those personally aren’t my type of games, I know some of these hold a special place in some player’s hearts. Hopefully, if they’re your style, you got the chance to pick them up last month. This month though looks to provide something truly special with more games and EA Play instead of the usual 12 games. Without further adieu, let’s see what Humble is cooking up for Humble Choice this month. 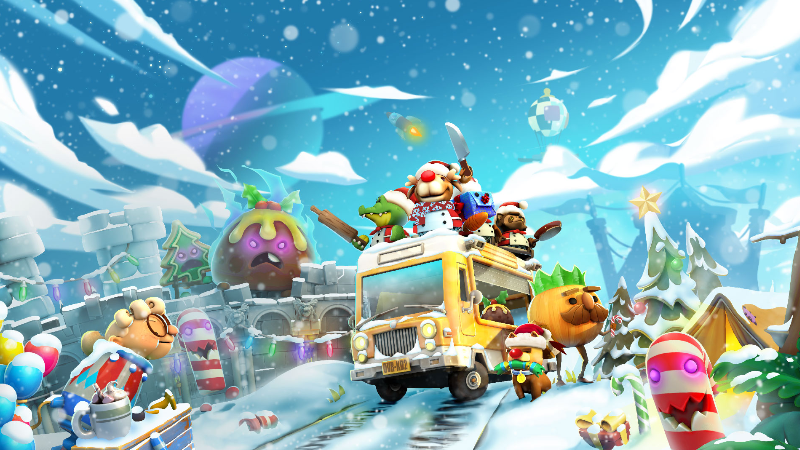 Overall, a ton of indie games this month rather than the usual one or two big-budget titles. That’s likely why this month’s Humble Choice gives 14 options instead of 12. That, and if you sign up before December 11 at 9:59 AM PT, you’ll get a free month of EA Play Pro. This grants you access to a wide library of great titles including the Mass Effect series, Dead Space series, A Way Out, and much more. If you’re a fan of any of their lineup, that may just make this month’s bundle worthwhile to you.

If you plan to purchase this month’s Humble Choice, use our affiliate link which you can find here. For those unaware though, Humble Choice is a monthly subscription service that leaves the choice of games to you. Whether you want just three of the games or nine, you can pick a payment plan tailored to you. Each month you pay, you get a handful of games that you won’t want to pass up. As a special promotion for past months (this month included), subscribe and you’ll get all 14 games along with EA Play Pro for just $15. Who can complain?

I hope there’s something in this month’s Humble Choice that you fancy. If there is, be sure to let me know in the comments below!