The Importance of Looking After Your Databases Databases are a crucial part of most businesses. This is where all sorts of data is held in relation to the company’s clients and products. Any problem with this information can lead to serious consequences in terms of the General Data Protection Regulation (GDPR) in Europe – but companies in the States still have their work cut out for them to secure their data against intrusion.

Thankfully, avoiding data theft and cyber attacks can be a straightforward process once you understand the importance of your databases and how to protect them. Here are just a few tips: Make Sure You Avoid Errors and Reputational Damage

If the data that you hold is incorrect, out of date, duplicated, or in some other way unsuitable, then this can lead to major problems. To see how this works, we just need to look at some of the biggest mistakes in history that can be largely traced back to bad data, such as in the Enron scandal and the 2016 US presidential elections.

Worryingly, it is reported that 25% of an average database is incorrect. Having the wrong information leads to wrong decisions being made, as a client’s potential could be overlooked, trends can be missed, and you may not understand which parts of the business are most profitable. This, in turn, can lead to errors and missed opportunities. The huge importance of having good data to work with can be seen in the fact that some people have described it as the new oil.

Perhaps more of an immediate concern than the poor strategic decisions taken due to bad data is the reputational damage caused by sending out something to a client that is wrong. A simple spelling mistake or other error can give a very poor impression of your company. Old Navy got poor publicity in 2011 for producing t-shirts saying “Lets Go”, with no apostrophe, while Miller got into problems for misspelling “contradiction” on giant billboards. The situation can be even worse if you spell people’s names or addresses wrong.

There are a few different types of expertise that can help you to keep your data on track. The first of these is an SQL database administrator. Many companies all over the planet use the SQL language for their databases, so it makes sense to look for someone who understands it. A good administrator will help to ensure that your database is secure, up to date and can be easily updated or accessed. The next question is around who will help you to make the most of the data that you hold.

There are two different types of position in this respect; data analyst and data scientist. While they might sound fairly similar, these are actually very different. So, it is essential that you look at these two roles to understand which one you really need. A data analyst looks for trends in large sets of data while a data scientist analyzes data using predictive models. Under the GDPR, it is also necessary to have a Data Protection Officer, which is relevant to any site that serves Europe. 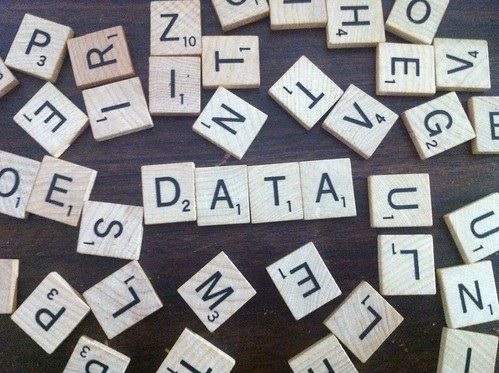 Even if your data is carefully collected and looked after, there is still the risk that an attack leaves it vulnerable to being stolen or viewed by unauthorized people. One of the common examples is that of a malicious SQL injection attack. This is a type of attack that is far too common these days. Infamous examples include when credit card data was apparently stolen from a Rhode Island government site in 2006 and when telecommunications firm TalkTalk was breached in 2015, with over 150,000 customers’ details stolen.

SQL injections attack data with malicious code so that it can then be manipulated by hackers. In this way, they can access sensitive information, delete data or carry out other mischievous tasks that have serious consequences for the business. Among the ways of countering this threat are tactics such as input validation and a web application firewall. These are security measures that are designed to identify and stop illegal activity.

If you look after your data well in these ways, then it will give you a powerful way of growing your business. However, failure to do so can lead to major problems.

How are you taking care of your databases? Let us know your feedback below in the comments!