A woman walks past a figure of "Mario", a character in Nintendo's "Mario Bros." video games, at a Nintendo centre in Tokyo July 29, 2015. Nintendo Co reported a surprise first-quarter operating profit, helped by a weaker yen and strong sales of its "amiibo" figurines which are sold as accessories to their popular games. REUTERS/Thomas Peter - RTX1M7PB 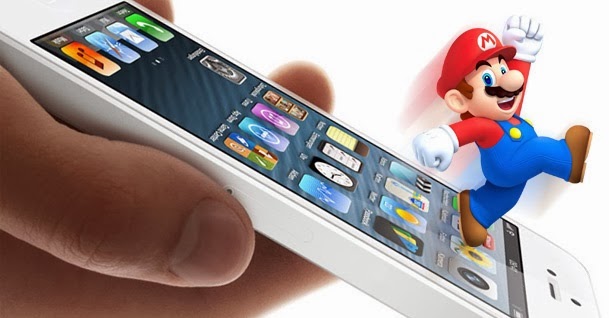 Earlier this week, Nintendo announced a delay in the introduction of games into the smartphone world. The delay comes as an extreme disappointment to Nintendo fans, as the gaming mogul has typically shown incredible overall innovation in the industry. Nintendo has given us many unique technologies that still work today, most recently with motion controls. Games in the smartphone market have been well underway for years now, and Nintendo may be too late to have any form of sustainable impact with the mobile world. When the announcement was made, Nintendo’s stock took a sharp dip.

Speculation was confirmed regarding the game. Called “Miitomo,” the smartphone application are less a game and more about creating an avatar in which people can talk to each other. The entire set of five games planned by Nintendo will be ready by March 2017. Users have way too many options today in which they can communicate with each other using smartphone technology.

However, one person thinks that it’s not a bad idea:

“”Miitomo is exactly in line with how Nintendo should be approaching mobile. It is the ideal toe-dip for the company and its fans,” said mobile expert Steve Bailey, of IHS Analysis.

“The first thing people did on the Wii and 3DS was to create a personal, social presence. This is Nintendo replicating that for mobile.

“I don’t expect it to be a rousing stand-alone success. This is an exploratory effort and one whose role will be complementary to a broader catalogue of games going forward,” he added.”

Sorry Steve, this author cannot agree with that sentiment. “Toe-dipping” into an industry that’s already flourishing is not the correct way. Nintendo needs to use their character’s charm and dive in head-first with games. By Spring of next year, smartphone users will already be moving onto newer, more exciting technologies. An application that lets us create avatars and talk to others? As Mario would so eloquently say, “Mama mia!”

Thanks to BBC for story and quotes.