Gotham is the attempt to do for Batman what Smallville did for Superman; show us the hero’s childhood and growth into the icon that they will become.

Of course, Gotham has a slightly different focus to Smallville. Clark Kent was a teenage alien with superpowers and, as such, he could be the character that the episodes centered around. By contrast, pre-teen Bruce Wayne can’t really carry the series like Clark could. 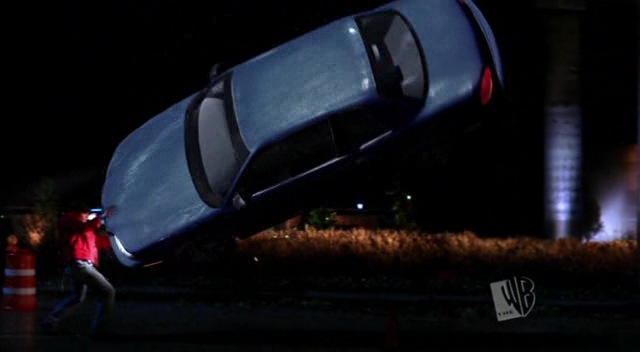 So Gotham’s main protagonist is a young James Gordon as he rises through the ranks of GCPD. As he does so, Gotham is slowly transforming from ‘bad place to live’ to ‘hell on Earth’.

Which is the bit that most people are interested in, of course; how did all of Batman’s villains get started? Were they dye in the wool criminals from the beginning, or where they driven by circumstances? Season one focused on the twilight days of Gotham’s traditional organised crime organisations. The only one of Batman’s future enemies who recieved focus was the Penguin as he anticipated the coming power struggle.

Which is why Season 2 looks to be very promising indeed;

While we get a lot of glimpses at different things in the trailer, there are two points of major interest. First, and most obviously, is the return of Cameron Monaghan’s character of Jerome, who is very heavily implied to be the boy who will grow up to be the Joker. In fact, judging by the trailer, they’d have a harder sell revealing someone else as the Joker at this point.

The second, more understated, point of interest in the trailer is the brief glimpse of Edward Nigma acting, strangely. In Season One, the future Riddler was simply GCPD’s brilliant, well meaning but socially awkward forensic scientist.

Is Season Two when he snaps? Or will it simply be the start of his downward spiral?

Gotham returns to our screens on September 21.