While Capcom does spend a lot of time remaking their old games, you can’t fault them with sales like these.

Resident Evil 0 was initially a Gamecube release, showing us the events that led up to the original game. Especially relevant is the fact that one of the playable characters is Rebecca Chambers: Rebecca being the only member of Bravo team still alive in the original. 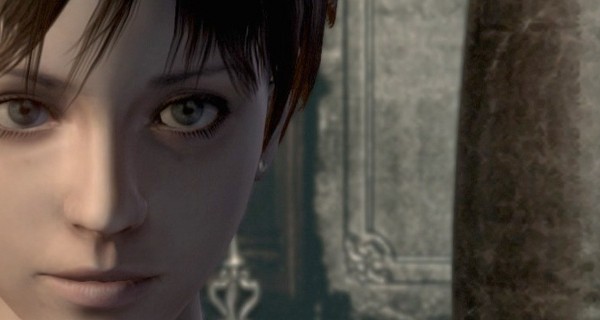 Rebecca was almost as surprised as everyone else when she heard she was getting her own game.

0, consequently, takes the chance to make Bravo Team more than just the guys who died in the backstory. O is also the point where Capcom tried to shake up the gameplay a little. First of all, it uses a system called partner zapping. Rather than choosing a character and sticking with them, like previous games, players can jump between characters at will. This is used to help solve puzzles by coordinating Rebecca and convicted murderer Billy Coen’s actions.

Another change is something that delighted players. O does away with the series’ cumbersome item box system. In this game, players can drop unwanted items on the ground. So players no longer have to run between item boxes. However, 0 retains the same clunky controls that earlier games had. This is something that is difficult for newer fans to adapt to. It is good for players who want some old school Resident Evil action, however.

Capcom announced back in March that Resident Evil 0 had already passed the 800,000 mark. It is clearly selling really well; clocking in another 300,000 sales in roughly three months. And as Capcom themselves put it, reaching the million mark is pretty good;

“In the home video game market, sales of more than one million units is the generally accepted standard for a major hit.”

This also means that the remake has almost caught up to the original, which has sold 1.25 million copies. This is good news for Capcom, although perhaps not good news for fans who want new games made. Resident Evil 0 is out for PlayStation, Xbox, and PC. If nothing else, this is a good game to tide fans over until the more modern entries come to current consoles.