Sony has announced, via their PlayStation Blog, the release of a new PS4 Pro to commemorate a landmark 525.3 million PlayStation consoles (that’s a lot of PlayStations!) sold over the past couple decades. A slick 90s styling will be returning along with a blue, translucent hue, as a thank you to the fans.

Both console and controller are see-through giving you that nice whiff of nostalgia of being able to see the inside components. The console also comes sporting a nice shade of dark blue on the surrounding plastic as well a bronze plate on the front with the console’s serial number. 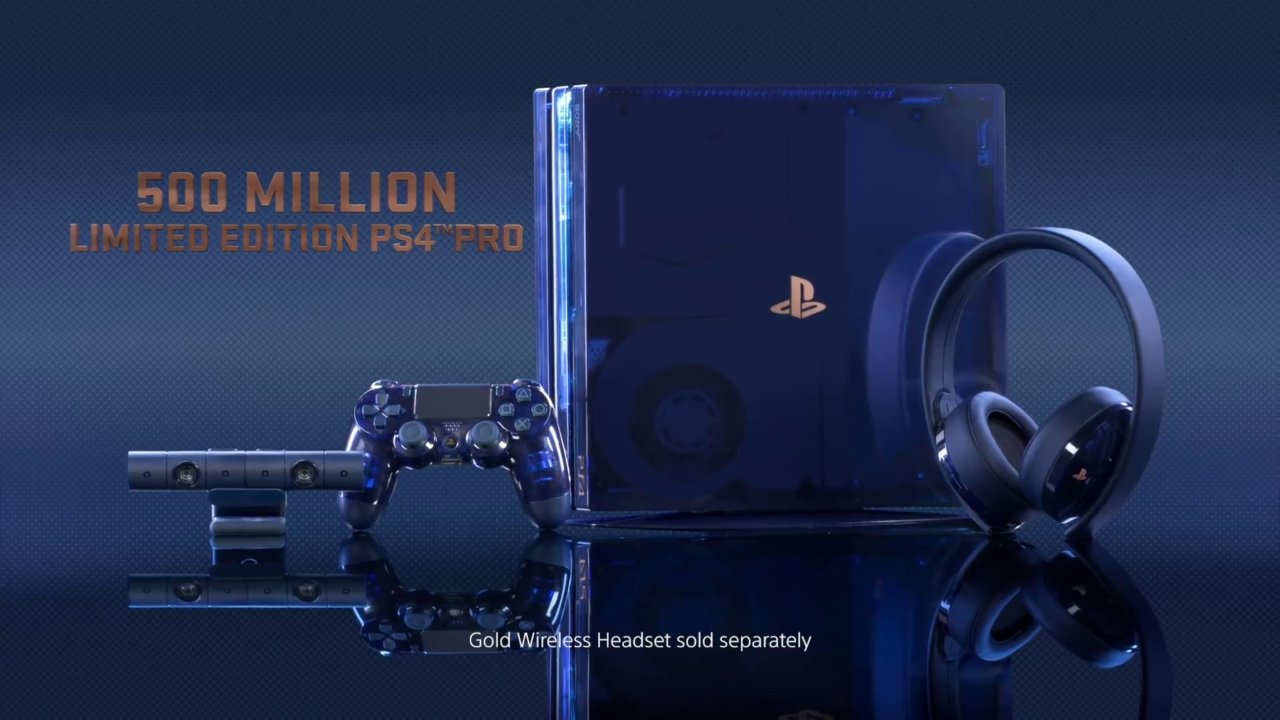 The whole package will come included with a 2TB PS4 Pro, DualShock 4, a Gold Wireless Headset, and a nifty little PlayStation Camera. The controller will also be available individually, as well as the Gold Wireless Headset; both will have the same transparent casing as the console.

Sony’s trend of releasing special PS4 Pros continues as a God of War PS4 Pro was released back in April and one all-red, sporting the new Spidey symbol, is being released alongside the new Spider-Man game this September 7th. It is likely Sony will continue releasing special edition Pros for the releases of The Last of Us Part II, and Ghosts of Tsushima next year.

If you’re looking to get in on the celebratory action be warned, there will only be 50,000 units worldwide. Prepare to do battle among your fellow gamers if you want a chance at snagging one of these beauties. Pretty worth it if you ask me.